At the beginning of the last post, I listed the three timbral components that make up each note. In that post, we dealt with the first two: dynamic and pitch. Now, we’re left with the final component: phoneme sound/quality.

For the vowel lines, the natural sound of the letters provides a sustained sound rather than the more percussive consonants. To start providing some variation, the vowel parts (not including Y) will modulate back and forth between the long and short (American English) versions of the vowels. These are

In order to decide when each part modulates, we’re going back to the original coordinate sets we generated in the first post

To determine the inflection points, in English:

So this means that the A part would begin by singing [æ] in the first measure, and by measure 19 (the list of measures above, like all lists in Elixir, is 0-indexed), the part would have modulated to singing [ei], and then would stay on [ei] until modulating back to [æ] by measure 46, and so on.

For the consonant parts, I want to do something a bit more involved, to make sure they’re not all modulating between vowels in the same order. To wit, I want it to work like this:

This is almost identical to above, except that we assign vowel phonemes while they’re still sorted by Y value, so that each part, when sorted again by X value, would have its own ordering (or, at least, not a universal ordering) for the vowel additions.

As in the description above, in the Elixir code this is simply a matter of changing the order of operations:

And as we can see, this does indeed provide us with some amount of phoneme variation between the consonant parts:

Cool! Now let’s add it into the score. 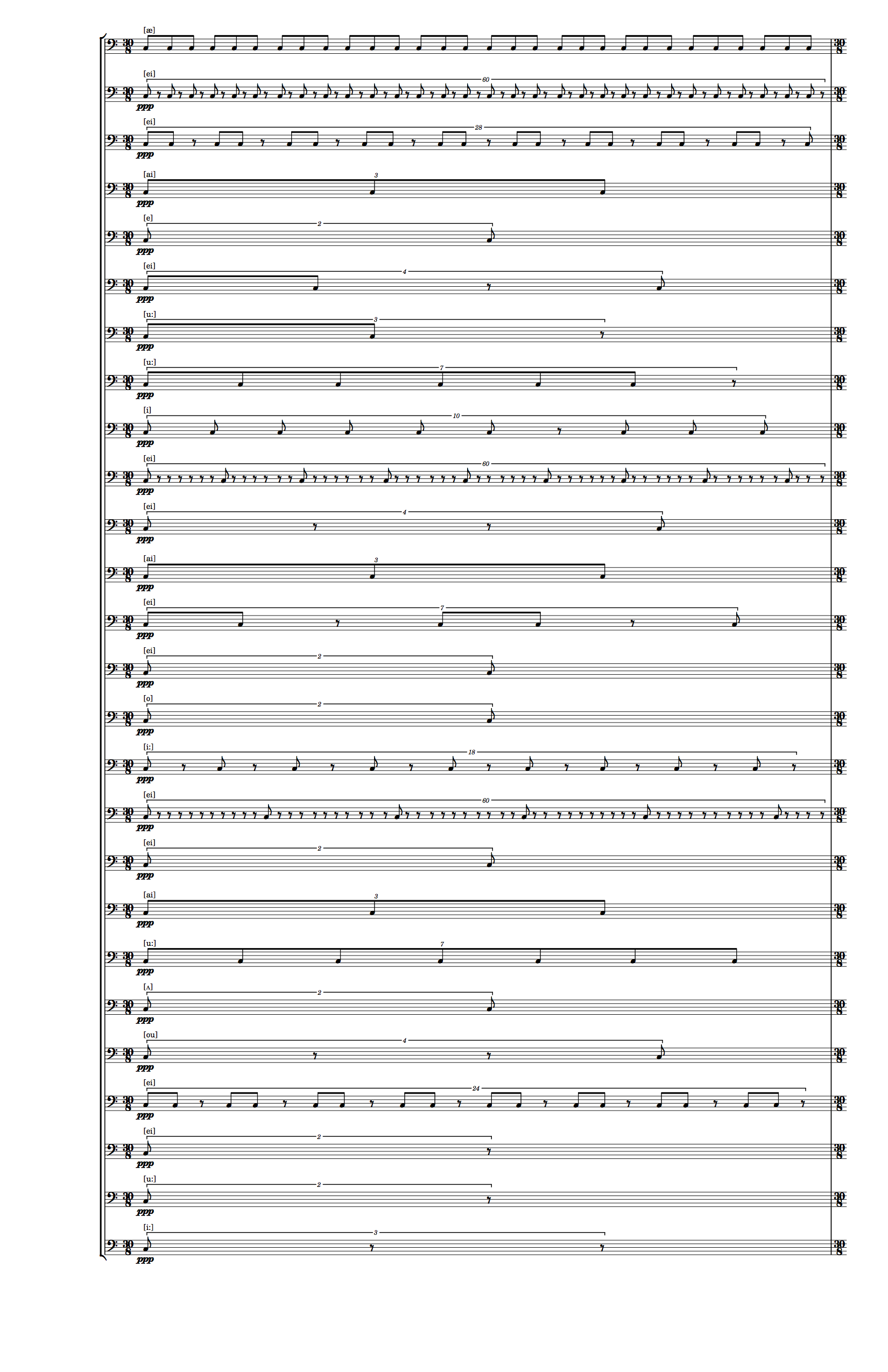 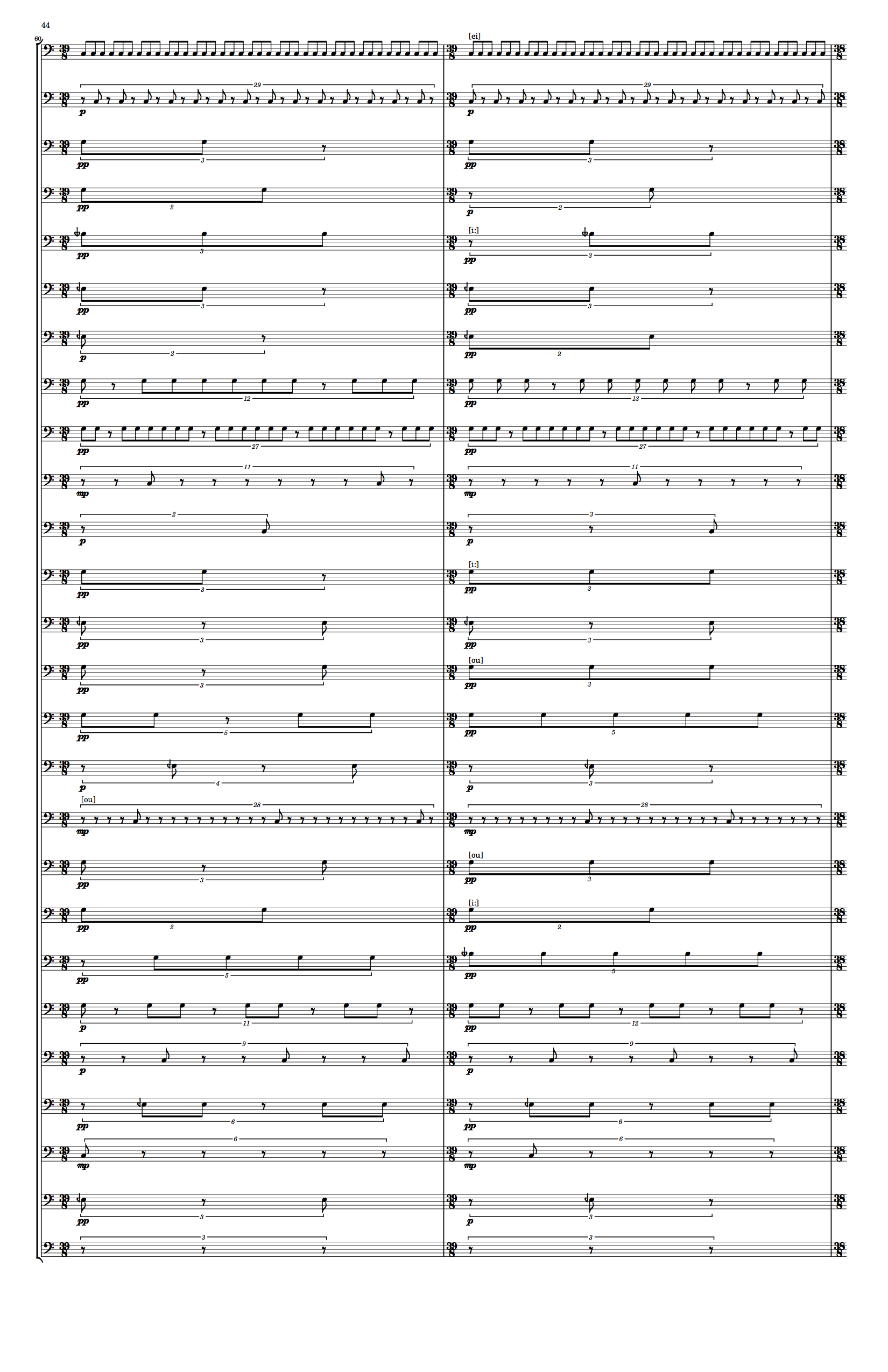 Great! This has come a long way from the first draft. With the musical elements, and the code that generates them, in place, it’s time to move on to some refactoring, both of the code and the resulting LilyPond output. Stay tuned!

The code I’ve written thus far, in almost exactly the same form it has appeared in in these posts, can be found here on GitHub. Future blog posts will include links to refactored code as appropriate.